How was your first time traveling out of your motherland? Well, it sure was a roller coaster ride for me. The first time you spend more than a day traveling on a plane (of course that involves the cost-cutting connecting flights, duh). The day I took my first step on the Land of Dreams, I swear I felt like Neil Armstrong on the Moon. But, hey I am not here to tell you about My 3 Months in Disney World but yet another crazy layover story that was just like a cherry on the cake of the whole USA Experience.

So, strap on your helmet and let’s go for a ride…

Out-witting the Flight Attendants in the USA

Last year I did my summer internship at Disney World, Florida! (That’s a story for another blog).

So, yeah, I had completed my internship and it was about time that I said toodles to the States. I packed my bags and started my journey back home.

Now, let me introduce you the whole scenario.

I was supposed to first fly from Orlando to Gatwick and then catch my flight to India from the Heathrow Airport. Sounds easy, right? Well, it wasn’t.

The panic kicked in at Orlando Airport itself when the attendants started telling me how I was not supposed to be traveling to London as I did not have a transit Visa. Sounds crazy right?

Being thousands of miles from home and not having your parents to deal with things like these is something we all start getting used to (at some point in our lives).

Turns out, my genius level IQ brother back in India already had envisioned this happening and he calmly guided me out of this mess. While my mind was all over the place as I was almost shivering in fear of what was about to happen, what if I never make it back to India? What if they put me in Jail? What if my flight tickets go to waste? How will I survive here? Are you getting my point right? We kind of spiral downwards in a situation like that but we got to get ourselves back together and figure a way out.

In my case, the way out was in the form of a sentence on a document that I was already carrying in my bag, and this I wouldn’t have known if it wasn’t for my brother. Thanks a lot, Mani.

After the clouds of uncertainty were gone, I came back to my senses and that’s when I kind of felt like the special one, cuz, I am sure they must have had cases like these before, and instead of trying to help me out and guide me, the attendants were more interested in me booking a new ticket. How interesting is that!

In my flight, there was a little kid named Owen Davis from Ireland. Owen was really a delightful champ, I was quite tired fighting with the flight attendants at the airport so I was sleeping on the flight. But whenever the Air-Hostess arrived with food, Owen woke me up to grab my meals and then kept on telling me about the shows he watched on T.V.,  about his visit to Orlando, he got excited when I told him that I worked for Disney World!. Now Owen is on Instagram and Snapchat with me. And that’s how I made an 11 years old friend from Ireland!

I had a 13 hours waiting period in London at the Gatwick Airport. Now, I had to make a choice, either stay at the airport or go out for London scouting. I am glad I chose the second option.

After landing in London I took a bus ticket from Heathrow to Gatwick Airport which cost me around £11 and then I transferred my luggage to the next belt, charged my phone, oh yes in London you have different ports for charging the phones, again thanks to Mani for getting me a universal charger ahead of the journey (You can easily get them on Amazon). Then I took a day pass from the nearest tube station which cost me around £17.8. I got down at St Jame’s Park Station, walked through St. Jame’s Park to Buckingham Palace and you know what, I saw Queen’s Red Guards (Yeaaaa!!), I was so happy to see them in person, and the Neil Armstrong was now Mr. Bean and equally amazing feeling.

The Queen’s Guards are not allowed to move. Typically, a Guardsman spends two hours on duty and four off. Oh dear, I can’t even imagine standing still for one minute! Then I sat in the garden rested for some time because I was really tired of carrying all this stuff, my camera bag, a side bag, my teddy Mr. Pink and my backpack without which I cannot go anywhere.

From Buckingham Palace I was able to see Big-Ben, so instead of taking another tube, I decided to take a walk. When you walk to a place through different streets you get to know more about its culture and the people out there, at least that’s what I believe. The streets of London are lively with colorful foliage all around and you can feel the quirky vibes of beautiful houses and pubs around you.

People jogging in the parks, cycling in the streets, I was told that if I had been there a couple of days before, I would’ve got to listen to the Big Ben chiming. Alas, it will only chime again after 4 years from now, as it was being renovated. The site of double-decker red buses and red telephone boxes together was incredible. I have also bought a cute keychain of the same as a souvenir. Then I got back to the airport to catch my flight!

Travel is all about anticipating the unexpected. And no matter how hard you try to plan everything perfectly and make sure that everything goes smooth, something or the other will fall out of line and chaos will prevail. As a traveler, I have learned to accept whatever that comes my way and keep a calm and open mind in all situations…This has not only allowed me to travel better but also to get experiences that I otherwise would have missed out on.

What’s your Catch Wisdom today? Let me know in the comments section below or e-mail me your thoughts at [email protected] 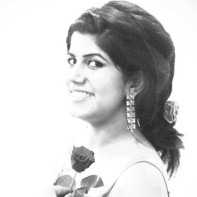 My Crazy Layover at London